Aleutia is a small PC manufacturer based in UK. They build mainly low power computers. As I was searching a fanless nettop, I chose the Aleutia T1 Fanless Eco PC. It's a nettop which can be put on a vertical desk stand or at the rear of a VESA monitor.

I purchased a unit with the vertical stand and its screws, the VESA kit (in fact: 4 screws), the Wifi/Bluethooth module, 4 GB of RAM and the small disk (a 60 GB which was sold as an Intel 330 SSD disk but was not the disk installed inside the computer !). The CPU was a Intel Atom N2800, codenamed Cedarview, with an integrated graphic card (Intel GMA 3600). I did not took the optional factory installation of Ubuntu.

I placed the purchase order a Sunday, and I received the T1 2 business days later. It was send in a cardboard box, with enough protection against shocks. 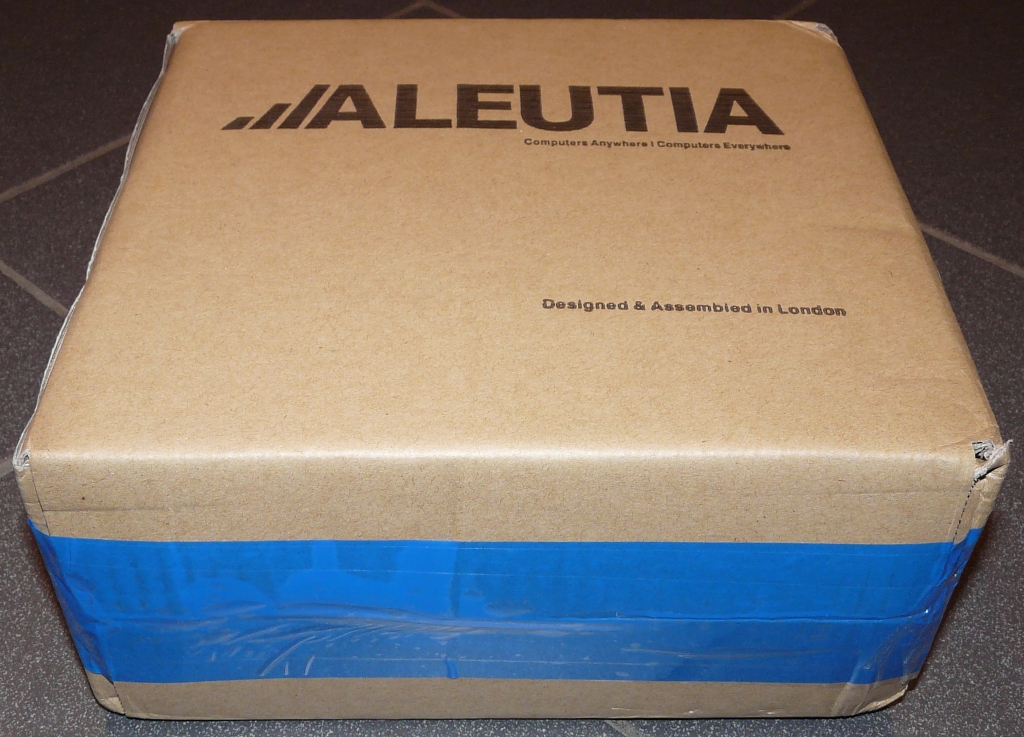 The content was correct. The T1 was shipped with an Intel CD (containing drivers, documentation and utilities... for Windows). 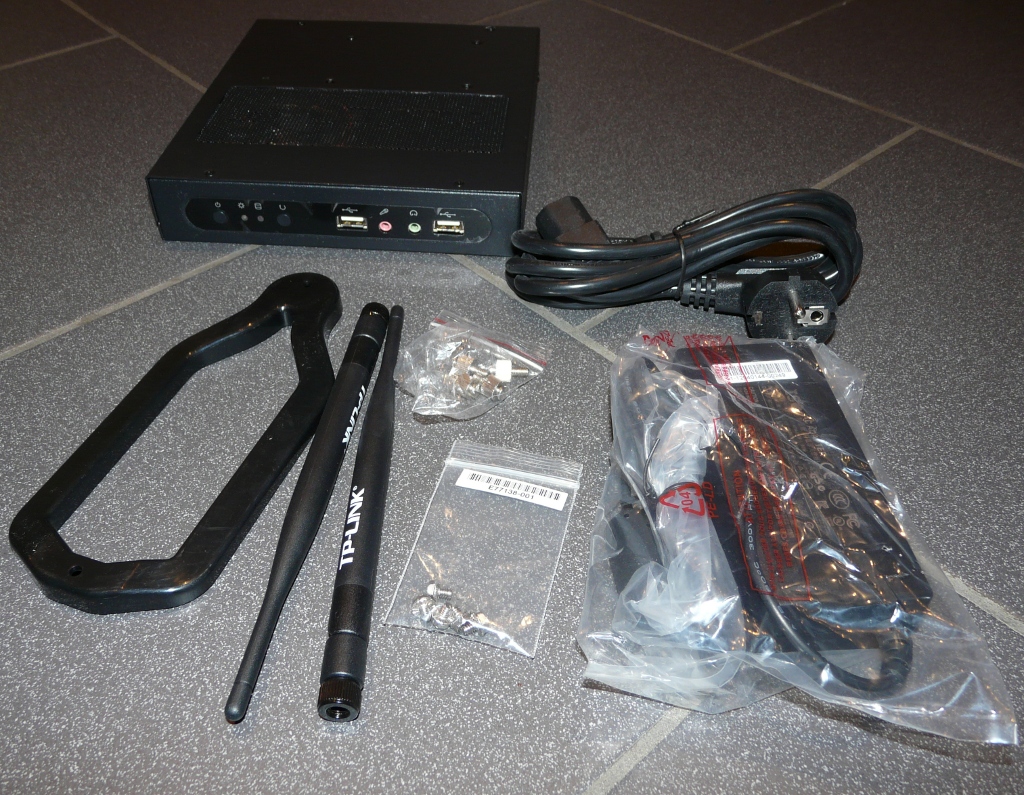 The desk stand was obviously not brand new... and the screws were not the right ones ! It was not a true issue for me: my goal was to use the nettop VESA mounted. 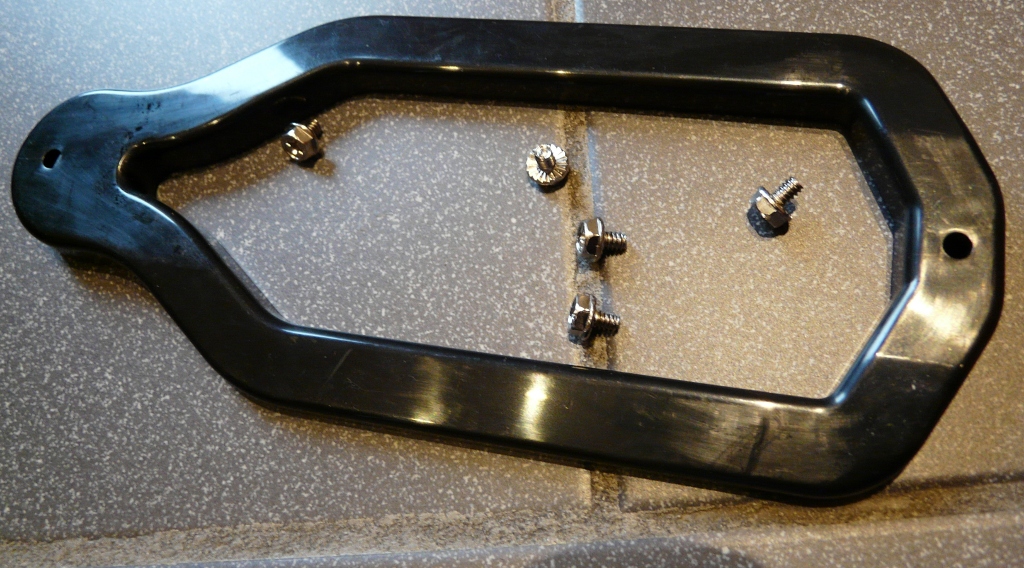 There was a small splinter in the paint, probably made while inserting the SSD disk or the memory: 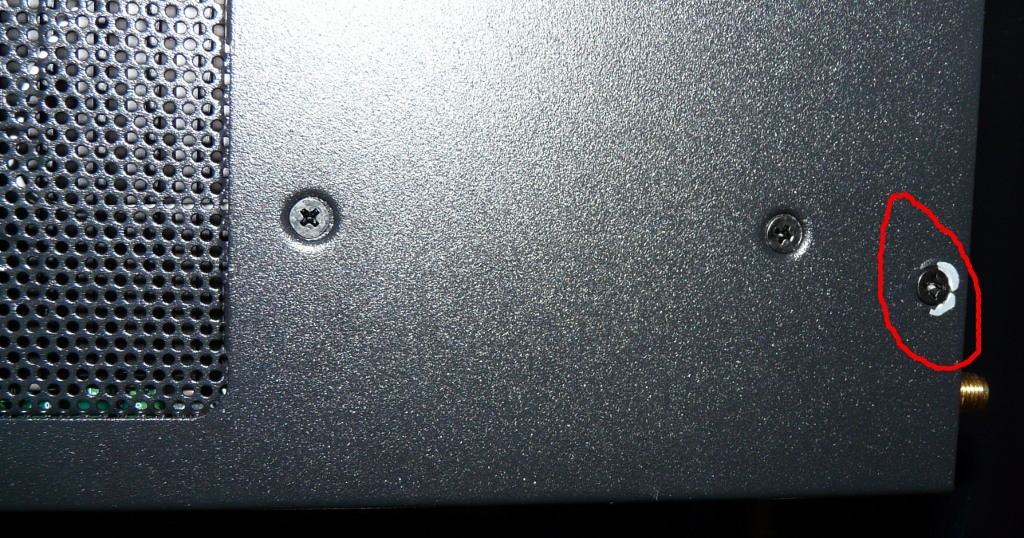 Two weeks after having received the PC, I decided to update the SSD firmware. I checked in a console the firmware version:

Strangely, despite my efforts, the Intel tool did not find the SSD.

Being intrigued by the firmware version, which was not included in the Intel release notes, I examined in detail the characteristics of the disk.

The model installed was not an Intel SSD but a 64 GB solid state drive Crucial CT064M4SSD2 !

The issue is that the Crucial SSD is less performing then the Intel 330 serie especially for the writes: the Crucial is announced at up to 20 K IOPS while the Intel is at 33 K IOPS. A benchmark performed with Aja System Test give the Crucial writing at 266 versus 474 for the Intel results, for large frames sizes. The difference of performance is high enough to estimate that Aleutia deceived its clients by selling a more performing and more expansive drive that the drive really installed. Moreover, some readings on the web show that the longevity of the Intel disk is greater than the Crucial SSD.

I sent a claim to the Aleutia support. My second mail received an answer: the mail explained their T&C allow to make such changes in the configuration in case of shortage... and after the approval of the client. Needless to say that they forgot to ask for a such approval. I asked to receive a Intel disk or to be reimbursed for the amount of the disk. They replied that the choice was to replace the disk (but I had to support the shipping costs) or to be refunded. As I was angry by their behaviour, I choose to send back the computer tin order to be refunded. Their sent to me the return application form and I sent the PC back in UK. The tracking system showed that nobody was present at the Aleutia office to receive the shipment. They never go to the post office to pick the parcel, despite the notification left by the postman and despite my mail...

So, in few words: avoid to purchase an Aleutia item.

Aleutia propose as an option to preload Ubuntu (the 64 bits version); it's the reason while I did not check before my purchase if the Atom N2800 was supported on Ubuntu.

It was a mistake: the GMA 3600 graphic chipset integrated in the Atom CPU is not supported. Some drivers are available since july 2012, but they are not working in each configuration... including mine. Despite the several guides found on the Internet, after 3 hours of tests (with a 32 bits version as the drivers are available in 32 bits version only), I was not able to use the Cedar View drivers (I got a blank screen as soon as the drivers were installed). BTW, these drivers are not able to use the 3D: may be for a later version ?

Using Ubuntu 12.04 and Quantal backport of the X server did not solve the problem, nor switching from lightdm to gdm.

The work around I use was to install Ubuntu 12.04 instead of 12.10: the LTS version is able to use a VESA driver. The bad thing is that the graphic card is underused and that I can not use the resolution of my 23" screen: the biggest available resolution is 1600 X 1200 and the resulting image is streched if I use the full surface screen of my LCD monitor. BTW, with a such configuration, the screen management use the RAM usually reserved for the CPU instead of using the GPU RAM.

I'm unsure to have time enough to perform further tests to activate the drivers. A new release of Precise is planned for Januray 31st 2013 (it will be the version 12.04.2). I understood that it will ship the Linux kernel 3.4 which support the GMA 500: hoping that some improvement will facilitate the support of the GMA 3600 which is used by the Atom N2800. May be... we will see in February 2013...

Another solution will may be come from PowerVR which is the company which made and own the driver source code: the are rumours about a true or better open sourcing of the driver code.

Listen to the silence :-)

It's my first fanless computer (OK, my tablet and my smartphones are fanless too). As the disk is a SSD, there are no moving parts in this computer, so, no noise: it's a pleasure to use a computer without the noise of a fan and the rattle of the disk. Hoping to solve the graphic driver issue soon to fully enjoy this nettop !

BTW, for a normal usage (mail, browsing, using LibreOffice, even GIMP), the CPU is not overloaded and the computer behaviour is fluid.